A Bridge to Uncertainty

A Bridge To Uncertainty features existing and new works by artist Johnathan Payne. The works in the exhibition include large-scale, geometric comic abstractions, as well as three recent grid paintings constructed from shredded paper and thread. Payne’s work formally explores the intersections between collage, painting and fiber-based art practices such as quilting and weaving. Taking conceptual influence from Queer and Critical Race Theories, Payne’s work re-imagines systems as visual structures that center interconnectivity, balance, and complexity. Regarding the grid, Payne writes:

The grid, a visual symbol of stability and integrity, affords me a structure that I can choreograph in limitless ways. This infiniteness of formal potentiality has as much to do with painting (and art-making more generally) as it does with my personhood, and the reckoning with and re-orienting of our current systems.

Payne is the inaugural recipient of the Aminah Brenda Lynn Robinson Residency, named after the late Columbus-based artist and CCAD alumna Aminah Robinson. Upon her passing in 2015, Robinson gifted the Columbus Museum of Art her entire estate, including her home at 791 Sunbury Road, located in the Shepard neighborhood on the city’s Northeast Side. Through the initiative and ongoing activism of members of the neighborhood (in particular, Carol James, Sue Cooper, and Toni Smith), a housing committee was formed to determine the home’s future. A unanimous decision was made to transform Robinson’s home into a nationally recognized live/work artist residency for African-American artists, continuing her artistic legacy well into the future.

Learn more about the exhibition, which is made possible thanks to the generous support of the Greater Columbus Arts Council and the Ohio Arts Council, at ccad.edu/beeler. 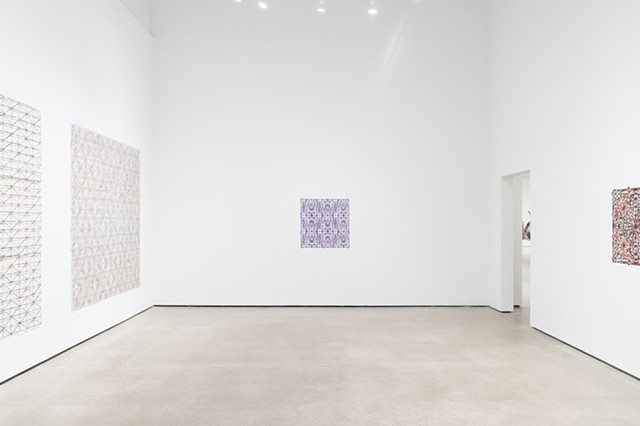 A Bridge to Uncertainty
Beeler Gallery at Columbus College of Art and Design, Columbus, OH
August 23 - October 2, 2021
next >